Home > Latest > Local sportsman fires up for a big 2015
Share

Local sportsman fires up for a big 2015

Orazio Fantasia first handled a football when he was 6 years old at Magill Primary. In 2014, Orazio made his AFL debut for Essendon. His meteoric rise is an inspiration to all keen young sportsmen.

His footy record growing up was superb. Orazio was involved in two premierships with Payneham Norwood Union. At age 16 he was the runner up best and fairest, along with a string of other awards.

But 2013 was a stellar year. He began playing SANFL for Norwood and was involved in historic Norwood’s Grand Final win. And in December of that year, he won the ultimate prize and was drafted into the AFL by Essendon where he continues to play VFL and is always on the cusp of Essendon’s starting 18. We wish him all the best for 2015. 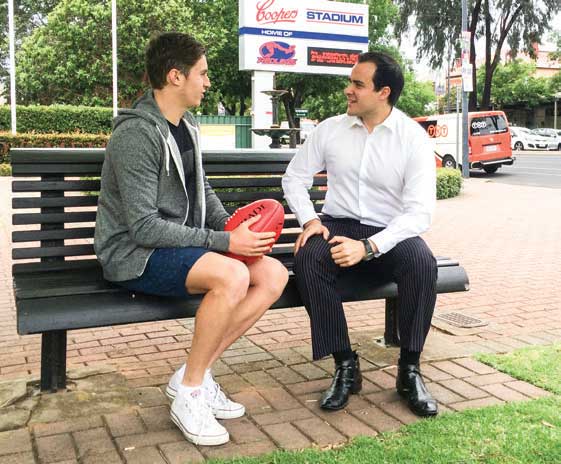